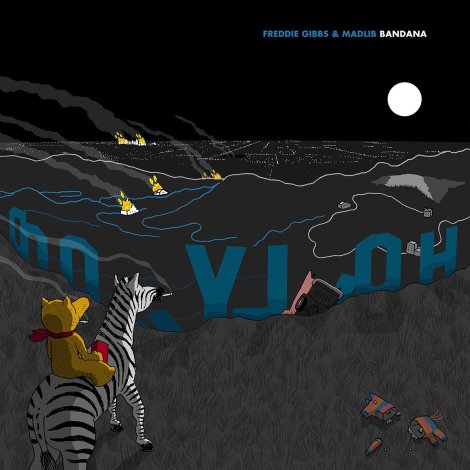 The duo of Freddie Gibbs & Madlib are set to release their forthcoming sophomore album, Bandana on June 28th. First they release a brand new visual from the album entitled “Crime Pays”. I’ve been waiting for this album since they released the 2014 debut of Piñata. Above is the official album cover for Bandana.

Check out the official video for “Crime Pays” down below.