While most fans have been anticipating this album. It’s experienced a lot of leaks and pushbacks, but we have a solid date. After releasing “The Light“, “New Light” “Going Thru Some Thangz“, Mih-Ty has released the album cover and tracking listen for their joint album. With no features listed, the 11 track album will be released on October 26th.

Check out the tracklisting after the break. 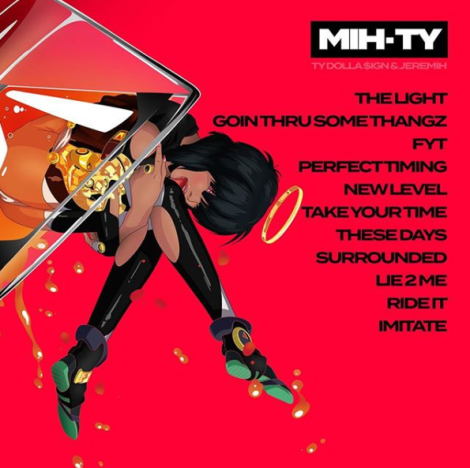