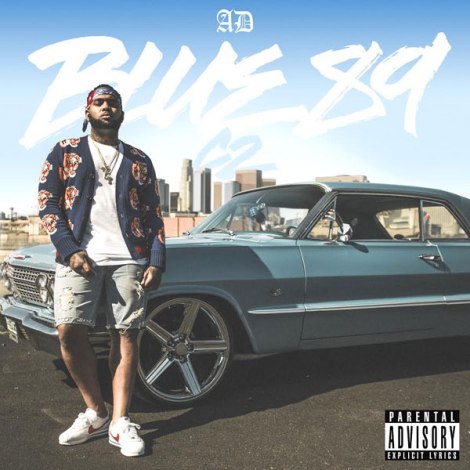 Compton’s own AD is back with his Blue:89 Chapter 2, a sequel to his 2015 Blue:89. He’s been on point with the rollout of this release, even dropping a track to shake your headphones as an intro a few weeks back.

Among the releases of today, AD is up there with Jeezy and Em as far as “yeah we’ll give it a shot”. He deserves. Sorry to everyone else who released today, though.

Wiz, Busta and a few others round out the 12 track offering, but he doesn’t need a lot of features and you’ll hear why. #CLM.

Check it out below