Our pal/buddy/bruh/contributor Freshie (that’s word to my Norteños) did a thing and that thing was glorious.

To quote Boris Gardiner (and edit context) “everybody is a star”.

And for the up and coming stars that are birthing themselves into the vast universe of hip-hop, don’t cut your legs off before you get started. Sounds like some old country saying, right? You damn right. With that being said, our very own Freshie has some helpful advice some artist on their way to achieve that ultimate hiiiiiipower. 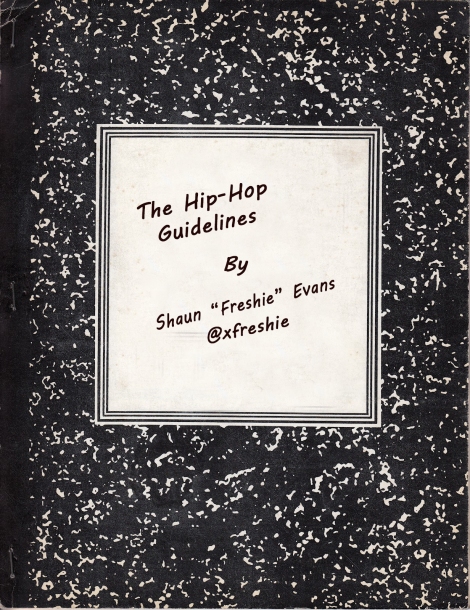 Good, honest read for the good and honest ears. You have to be humble enough to learn something new everyday, no matter which level of success you’re on. Buckle up, y’all!

Check it out down below

Many artists have paved the way in an industry that has been filled with the ups, the downs, the most talented, the “short bus” type, and many different styles. Just about every single artist has been loved and hated. Many have been told they weren’t “street” enough or that their rhymes had no credibility, their reputation meant nothing, or that they couldn’t be classified as one of the greats because they didn’t come from a struggle. So who better than a “blogger” to give out the Hip-Hop guidelines to the up and coming artist?

As fans, we tend to put too many guidelines or tough criteria for an artist to go by. Maybe it’s because we have witnessed so many artist come and go in this game or maybe because we know what we like to hear and see. The number one criteria that most artist have to meet, and it’s an obvious one, is that their credibility in this industry needs to be backed-up, reinforced by others, and to stay one hundred percent their entire career. But a few artists have seemed to find ways and loop-holes due to their come up in the industry. A few notables are Sean “P. Diddy/Puff Daddy”/Diddy” Combs, Dr. Dre, and Drake. These aren’t shots but just faces. P. Diddy and Dr. Dre both have been put out there when it comes to the ghost-writing allegations and they do not deny it. Drake, well Meek Mill went hard on that campaign of saying and proving the “Six God” doesn’t write his own rhymes. Some of us believed him and some didn’t.  Multiple artists have spoken out on the authenticity of writing your own rhymes and if it’s something you don’t do, then you can’t be considered for the “GOAT” title. Because if you aren’t writing your own rhymes, whose story are you really telling? When we say “fake it until you make it”, we don’t mean your life, just the cars or the “bling” that you’re rocking.

What’s another guideline that we love to throw out in the conversation when debating artist and their ranking? The come up, no Jermaine. This goes with the credibility and authenticity of an artist. As fans, we tend to follow the careers of the ones who come up from nothing and made something of themselves. Artist like the duo, Rae Sremmurd, who were once broke but still throwing insane parties while making music. The duo has seen a more loyal following because of their story. But here’s another light jab at the “Six God”, his career isn’t as loved due to him being an actor (you might have seen him as wheelchair Jimmy before). This isn’t one that I agree with a hundred percent, but I understand why people may shun him for it also. Plus, “Started from the Bottom” probably didn’t help him either. Or we could look at the “biggest boss”, Rick Ross or also known as a correction officer. He somehow beat the odds when being “exposed” as one during his beef with 50 Cent. When you come from a city or place that many don’t make it out of, alive or dead, fans have a higher respect for you.

Another major criteria or guideline for your career is one of the most important of them all and that’s your catalogue.  When we’re discussing music and careers, the catalogue is thrown in to the conversation multiple times. We don’t care if your first single was fuego, we want to know how many minutes, hours, days, months and years we can listen to your music for. Tupac is one of the more notable artists with a catalogue that seems to have no end but it’s one of the reasons why fans bring him up in conversations besides his lyrics, influences, and impact on the industry. Plus the catalogue can help fans debate on “classics” when comparing two artists or talking “Top Fives” like with Lil Wayne and the majority of fans who claim he’s “Top Fives” but can’t even tell me who he is ahead of. But back to the topic, the catalogue is a key piece when we’re talking guidelines and criteria to be discussed as one of the favorites, the top five, or the goat. The more work you have to define your career, the more fans will have respect for you if you already met the other two guidelines.

I’m nobody when it comes to the Hip-Hop industry, I’m just a writer trying to help you understand why fans either mess with your career or just shut the door on you. We’re fans of the Hip-Hop game and we study it almost as much as the artist, themselves. Forget the trolls, look for the real fans and ask them for yourself and they’ll tell you what it means to be or how to earn the “Goat” title when it’s all said and done. So make sure you’re authentic, your come-up is true, and that your catalogue is worth being debated over.